My mom called me on Monday and asked if I could come down to the school she works at and do some chalk drawings sometime this week.  Over the weekend, the school had painted all the classroom doors with chalkboard paint so the teachers could decorate them without violating the fire code (apparently it's against fire code to decorate the doors with anything paper....a rule I've never heard of before)  The teacher's name is Ms. Sullivan, so mom thought I should do a drawing of Sully from Monsters Inc. 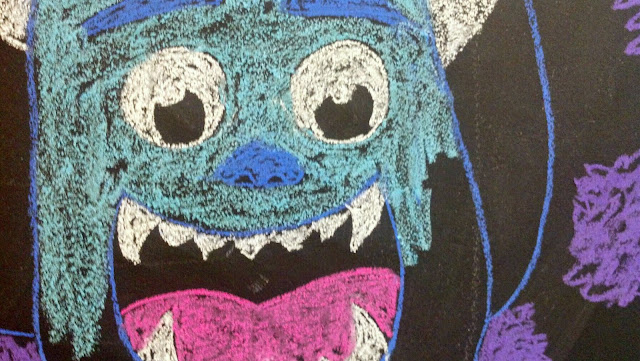 So I drove out to Spencerport on Tuesday morning.  I had a big box of Crayola sidewalk chalk, but I also had the idea to bring my chalk pastels because the colors are more vibrant. 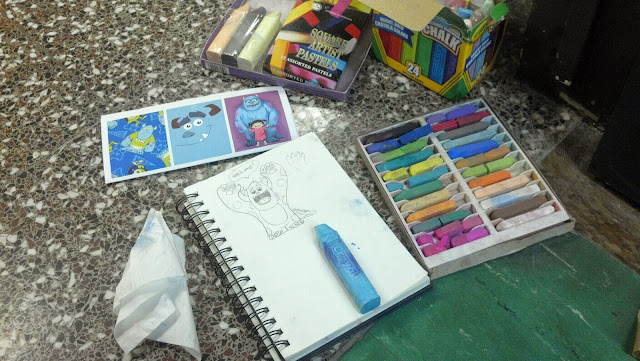 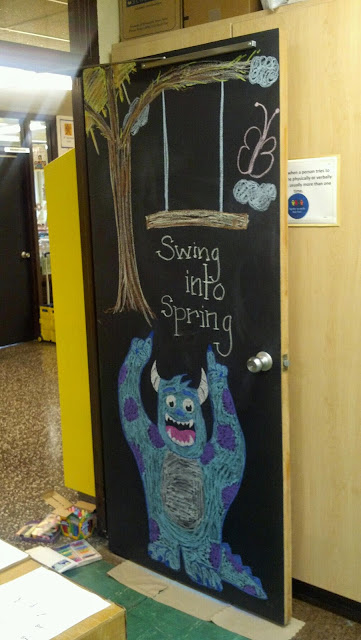 The tree, swing, and "Swing Into Spring" text were already on the door when I got there.  Mom wanted me to add Sully underneath it.  While I was working on it, she suggested adding Mike Wazowski on the swing. 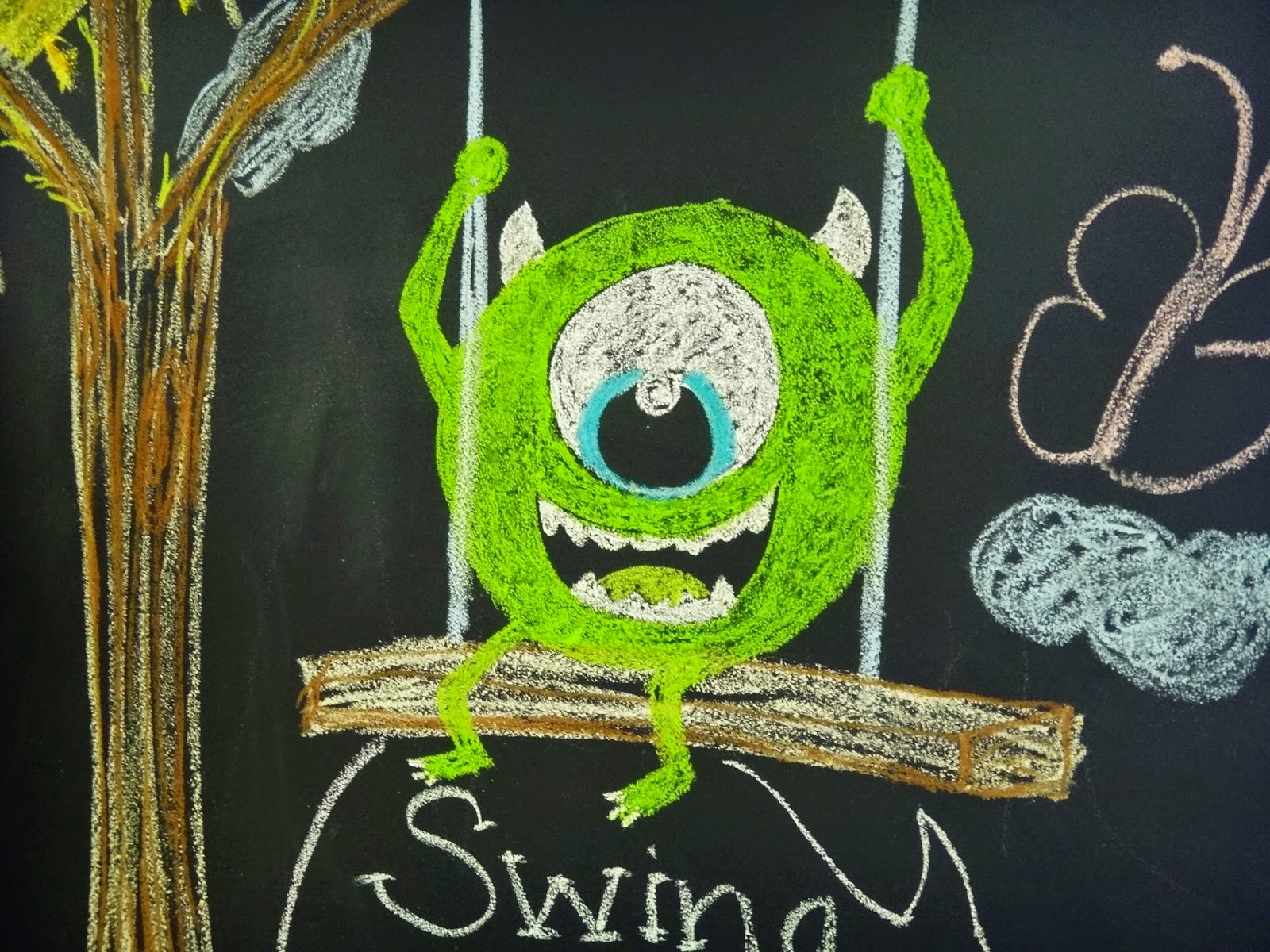 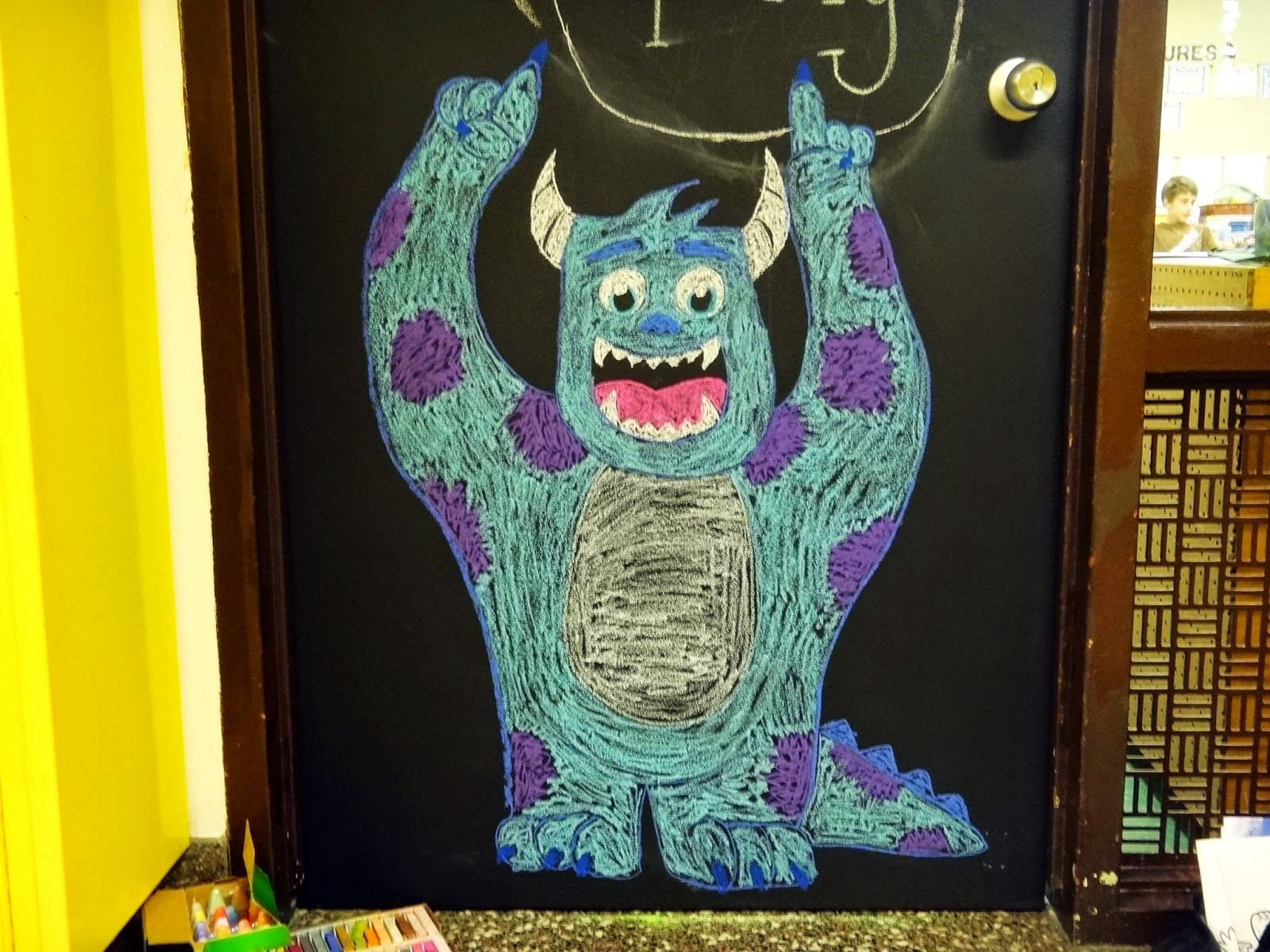 I worked on the door while the kids were at lunch, and they were all very impressed when they came back!  I got a lot of nice comments from students and teachers who were walking down the hall as well. 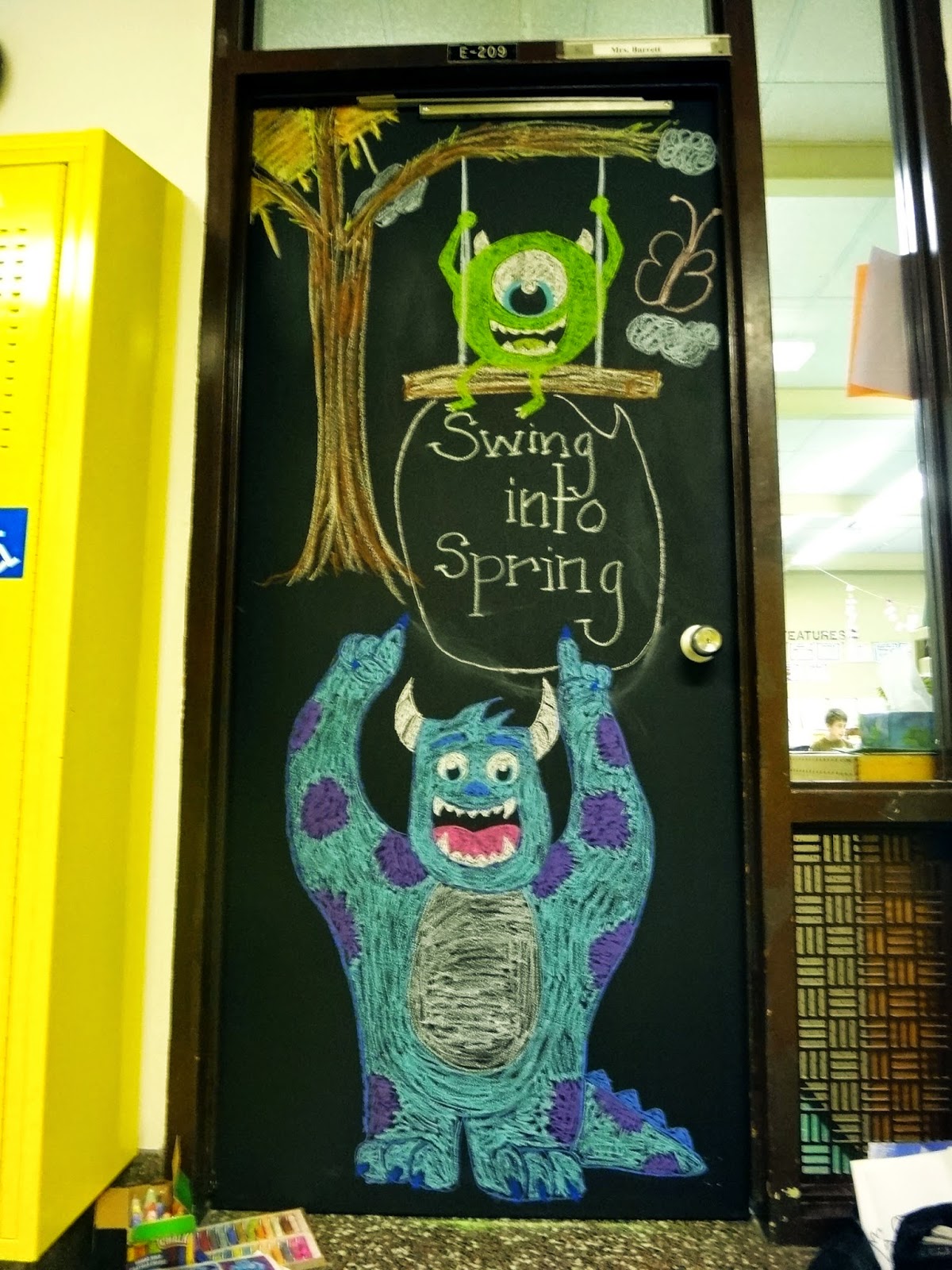 Later in the week, my mom told me in a comment on Facebook "I heard a kid walk by and say, "Yeah, They hired a professional artist to do it." Also you have now motivated others to use pastels on their door. It was just what everyone needed to get creative in our hallway." 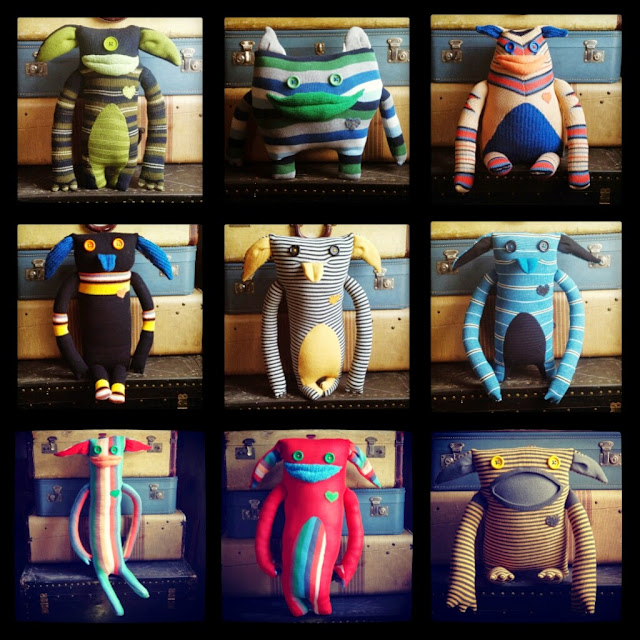