This past Saturday, I helped my mom tackle the epic task of cleaning out her craft room.  She gave a lot away. I brought 3 big polyfill boxes (the ones that hold 10 lbs worth of polyester stuffing!) and we filled them all with stuff to donate.  2 boxes went to Craft Bits & Pieces, an awesome thrift store for craft supplies in Fairport NY.  And 1 box I brought to the MAAC Thrift store.  But of course, I got to bring some stuff home for myself.  It was like a free garage sale! One of my favorite things I brought home is this letterpress drawer.  I've always though they were cool and have seen them used in home decor before in magazines and online.  So I was psyched to have my very own. Last night, CJ got hardware to hang it on the wall and we've both been having fun deciding what we can display in there... and I'm filling in the blanks with my vintage thread spool collection! 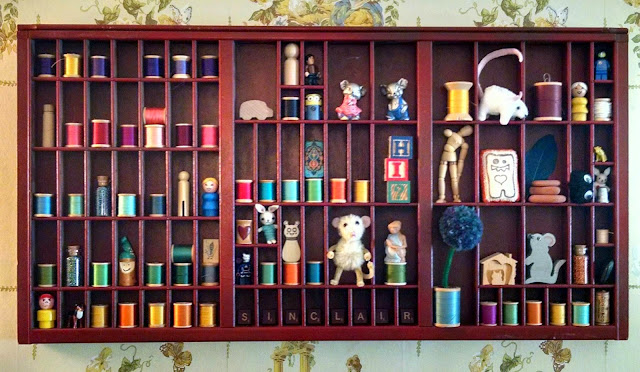 I like that I finally have a good spot to display all the cool little things I have around... especially the things I've gotten from local artists I've met at craft shows. There's the "Spike Troll" and carved heart spool from Wonderful Whittlin', the felt bunnies from Moya Lazy Factory, my domino pendant from Cloud9 Jewels, my Minion peg doll from Sweet Whimsy Designs, and my felt mouse from Lumpy Buttons. 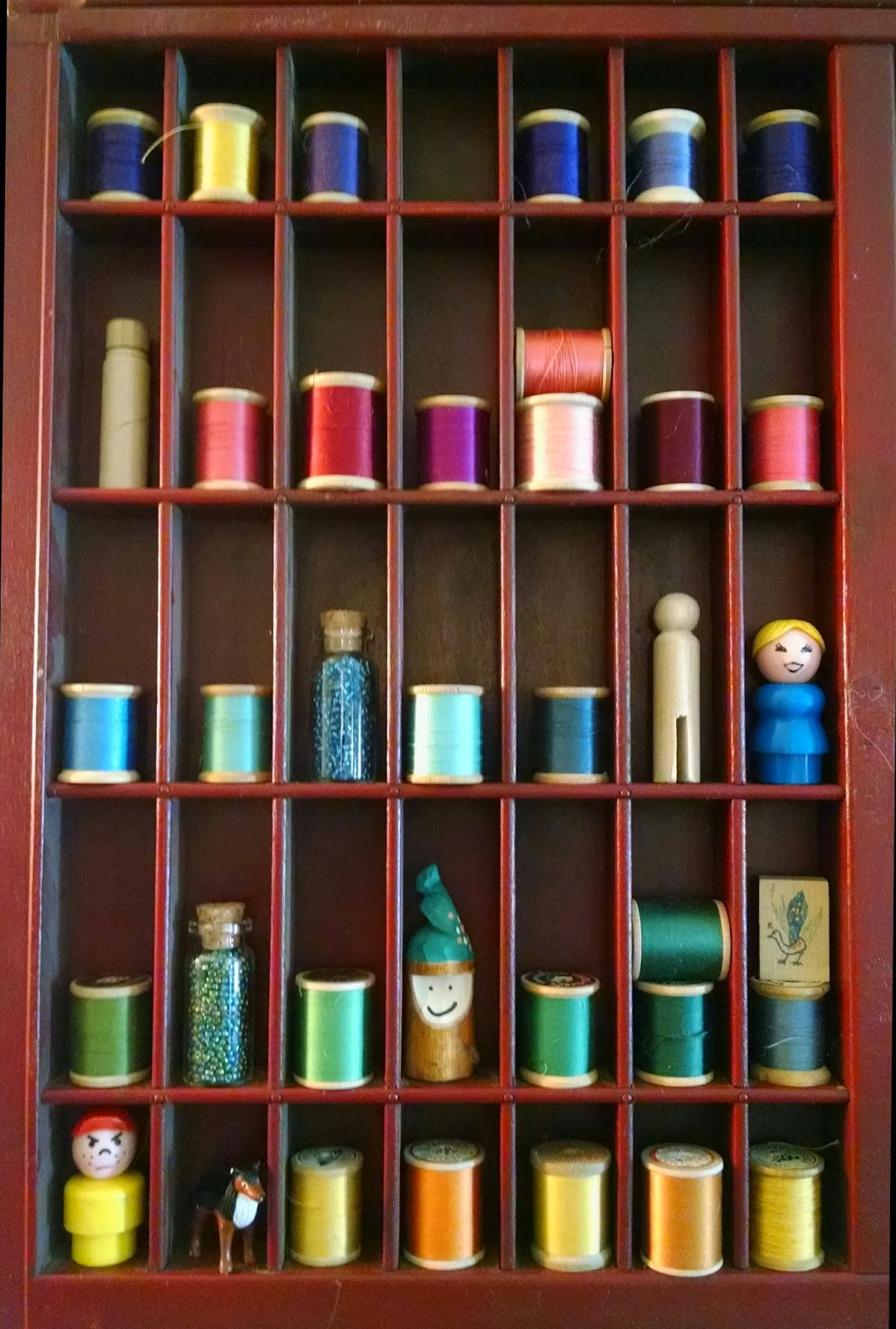 I realize I've been pretty absent of the blog for awhile.  I haven't written anything since the beginning of June.
(Warning: This blog post is going to be kind of personal.) June was a pretty crazy month for me.  There was just a lot going on.  I was organizing the RNEST Etsy Craft Party and had back-to-back craft shows (I'll do some back entries with pictures of those), and then had to build up my stock to get ready for my next show.

But the biggest thing was that my mother-in-law was sick with stage-4 cancer.  My husband and I visited her on the weekend of my birthday (June 21st) and I recognized that it was likely the last time I'd see her this side of heaven.

My husband stayed for 2 weeks after that to help take care of her.  He was with her when she passed away on July 1st...3 days before my big July 4th show.  I soldiered on and did the show anyway...packing up all my product and displays when the show was over, dropping it off at home, grabbing our luggage, sending the dog home with my mom, and driving the 4 hours to Cleveland that night because the funeral was the next morning.  This was the first year I didn't get to see 4th of July fireworks (although, technically, I did see some in the distance as we were driving).

And my poor husband.  July 4th is his birthday.  He usually doesn't make a big deal out of it, and he doesn't mind me doing the Lyndonville 4th of July Craft Show every year on his birthday.  But I know his birthday is going to be tinged with sadness for awhile as he remembers his mom's passing each year. 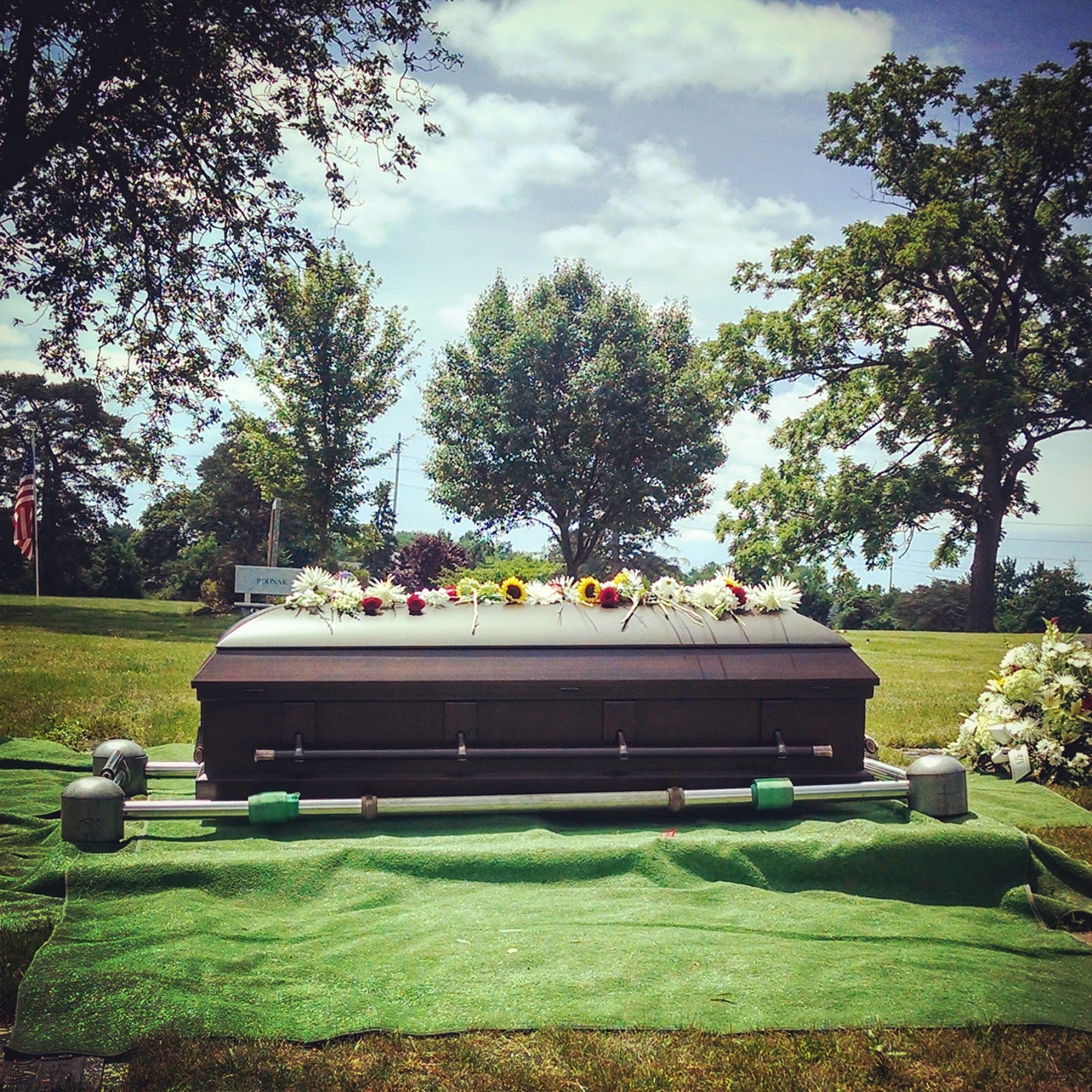 I've been to funerals before, but for some reason this one was particularly hard... even though I know my mother-in-law knew Jesus and is in heaven.  I don't think I've ever cried so much at a funeral before.  I guess it was the reality of a parent dying hitting me.  Although I've been pretty okay since after going to the cemetery.  I had a lot of "anticipatory grief" in the weeks leading to her passing.  And I've read that anticipatory grief doesn't make the period of grieving shorter when the loved one finally passes, but I feel like for me it did.  I am sad I won't be able to see her again in this life and will miss her so much when we visit my husband's family at the holidays, but I am glad she doesn't have to suffer in this broken world anymore and is in glory with the Lord.. Even though I haven't cried as much since the day of her funeral, some things still make me tear up, of course.  An episode of Scrubs where the patient is dying of cancer.  Certain songs.  I don't think I'll be able to hear "Amazing Grace" for a long time without crying.  There was a bagpiper who played it at the cemetery... which was so beautiful, but at the same time so heartwrenching.

But ultimately, I choose to remember the good times I had with her and what an amazing, strong woman she was.  And I couldn't have asked for a better mother-in-law. 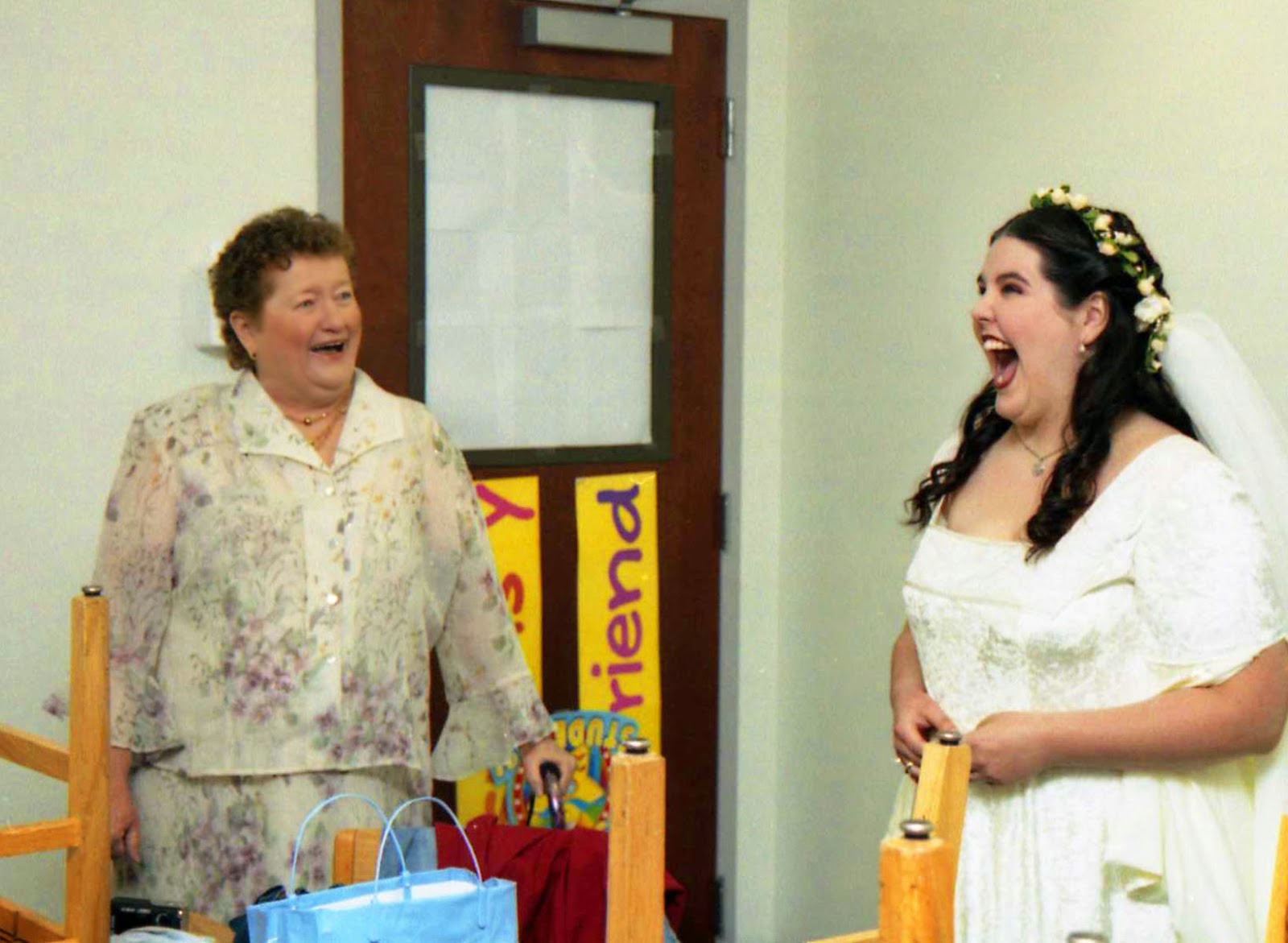 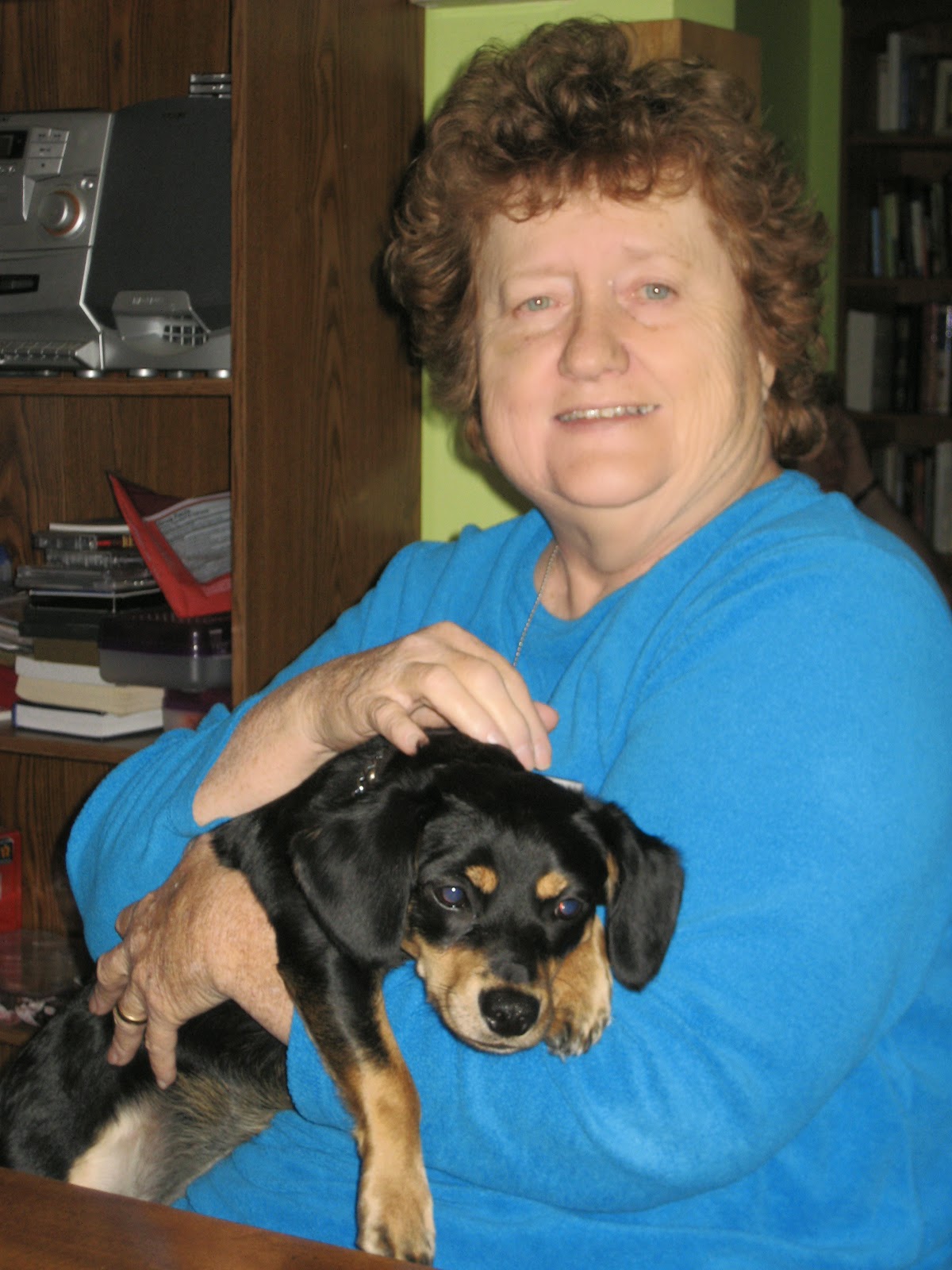 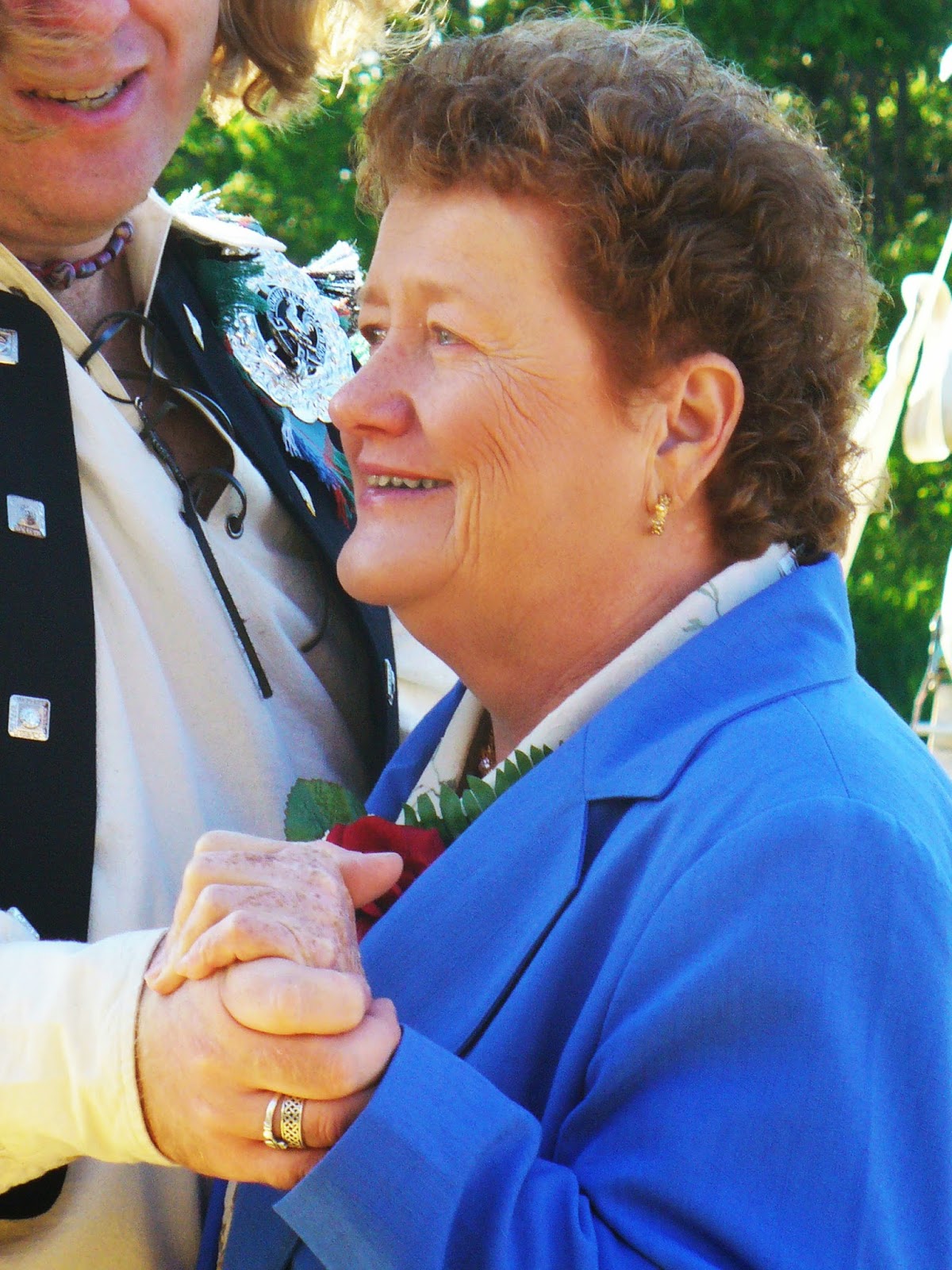