Some friends of mine asked me to make a "Hobbes" tiger plush for their son for Christmas.  He's been really into the "Calvin & Hobbes" comic. 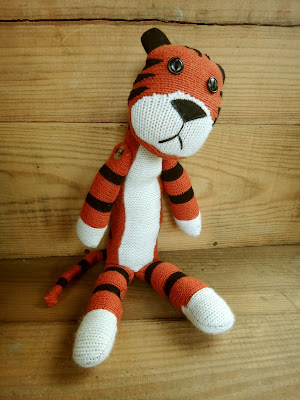 The image above is from the comic and is what I based the design off of.  In the comics, Hobbes is a real live tiger to Calvin, but to everyone else, he's seen as the stuffed toy tiger in the picture. 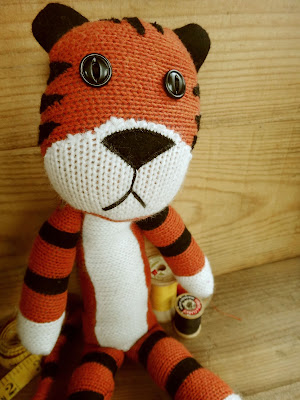 I'm really pleased with how he turned out!  I almost wish I could keep him! Well, I can always make another one!  I'm sure I'll end up making another one at some point anyway! ;) 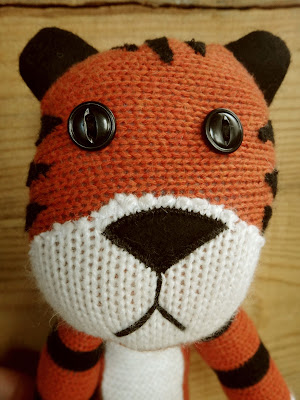 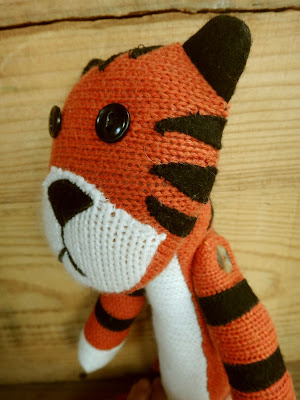 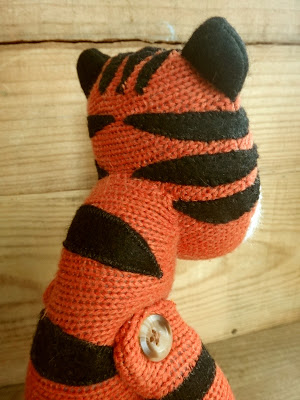 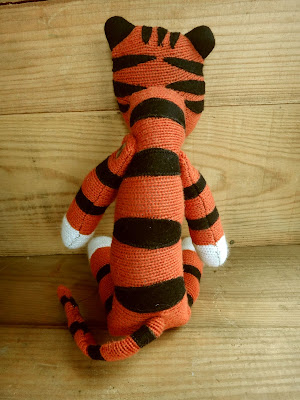 He is wonderful. Happy Holidays!

That is great! I love Calvin + Hobbes.

Is it possible for me to get one of your Hobbes stuff toys?? I would love to have one!